HBM Soletanche Bachy is building on the experience gained with the Turkish investor on its other project Duna Pearl, by developing the new City Pearl complex, one of the most significant investments in the Hungarian real estate sector. The first phase of civil engineering works was completed late November. Here, too, special emphasis was placed on sustainability.

HBM was present from conception creation to implementation. “In the early to mid-2000s, we set out to not only be professional contractors, but to represent the early project phase as strongly as possible. This is because typically the most added value is generated at the beginning of a project. If we can join in the early stages, we can save months on construction time and thus on expenses as well.” Tamás Zabó, chief engineer of HBM, project manager at City Pearl, told our magazine. 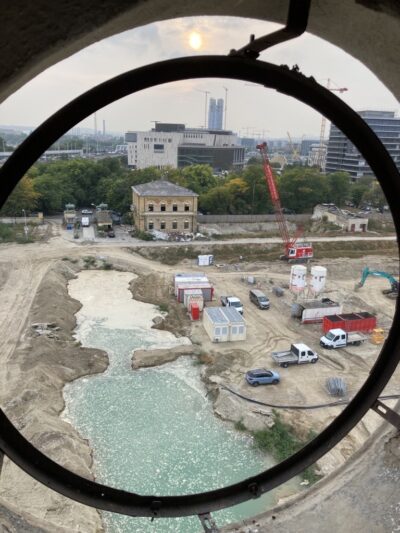 “The investor also relies on us in the field of professional information acquisition and planning, and we adapt flexibly to environmental conditions and changing customer needs, and redesign if necessary. This workspace is surrounded, for example, by a newly built environment, which we also had to pay attention to. Consequently, we had to rethink the diaphragm-wall design to avoid the ground collapsing.” added the project manager.

It also emerged as a common goal between the investor and HBM to create sustainable homes. To achieve this goal, the civil engineer has optimized the design to minimize material usage and thus reduce CO2 emission. In the production of these optimized products, HBM also took additional measures to further reduce the environmental impact of the works, by using recycled water and protecting drinking water.

Leave us a message

By continuing to visit this website, you are agreeing to the use of cookies and other similar technologies by Soletanche Bachy, in order to improve your experience on our site, to enable gathering traffic statistics and to enable sharing content on social medias.